There’s really nothing conventional about Bruno De Conciliis (below, center, photographed in New York City) and the extraordinary wines that he produces.

He grows grapes and makes wine in inland Cilento in Campania, about two hours south of Naples (for those of you not familiar with Italian geography, Campania forms the “shin” of Italy’s boot).

Still a very wild and woodsy, mountainous region, Bruno is virtually the only one who raises fine wine there and he is widely credited with putting the area on the map as a producer of fine wines.

He is an organic winemaker in an Italian region where chemically based farming has been the status quo since the end of the Second World War. Again, he is widely considered a pioneer in bringing organic and biodynamic farming practices to his corner of Italy.

And beyond organic growing and winemaking practices, he is also renowned for his “holistic” approach to fine wine production in one of Italy’s most depressed areas. He speaks openly and proudly of his efforts to pay his workers a fair wage (where many use underpaid migrants) and offer them year-round employment (in an industry that often sends workers home after the grape harvest).

To walk among his beautiful vineyards on the volcanic-rich hillsides of Cilento is to see the Campanian countryside in its most natural state. And his wines have an electric vibrancy and rich character that many ascribe to his unique, isolated growing sites which lie on land where there has never been any commercial, chemically based agriculture.

He focuses primarily on growing and vinifying Campania’s most noble grape varieties, Fiano and Aglianico. And his wines are almost universally admired for their high quality and originality.

Writing on the 2008 Naima, his top expression of Aglianico named after the famous John Coltrane composition, Monica Larner (Robert Parker) wrote last year: “I loved the 2008 Paestum Naima. The wine marches to its own drum with an assembly of aromas that is very unusual. It is redolent of wild berry, balsam herb, cherry cola, rosemary oil, teriyaki sauce and dried blackberry. It also shows red rose potpourri and dried lavender buds. The wine reveals polished, but firm tannins and a bright point of acidity on the close.”

When you taste these unique, unforgettable expressions of Campania viticulture, you are also tasting the heart and soul of one of Italy’s most beloved and venerated winemakers. 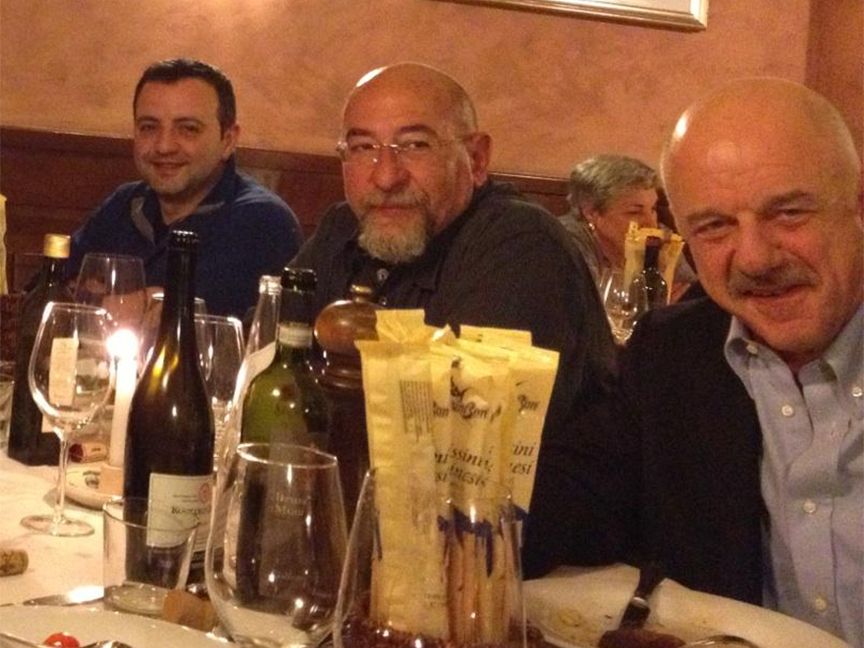