Scarzello “a rising star” according to Joe Bastianich and David Lynch

A white wine aged in large cask? Roccafiore in Umbria is doing it brilliantly

Scarzello “a rising star” according to Joe Bastianich and David Lynch 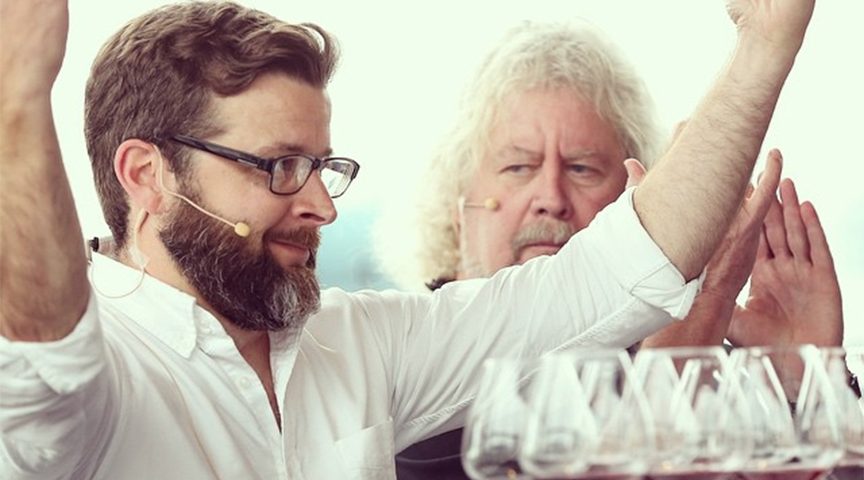 When it was first published in 2002, the renaissance of Italian wine in the U.S. was just beginning to take shape.

Vino Italiano: The Regional Wines of Italy by Joe Bastianich and David Lynch (Clarkson Potter) was a watershed moment for the Italian wine trade. At the time it was the most comprehensive guide to the wines of Italy that had ever been published in America.

When it came out, Lynch (above, left) had already won a James Beard Award for his wine writing. And although Joe Bastianich had not yet become the mega celebrity that he is today, he was already one of the Italian food and wine world’s rising stars. And rising he was, with meteoric speed.

Just a few years earlier, Bastianich had opened Babbo in lower Manhattan with his partner Mario Batali. Lynch was the restaurant’s wine director and he oversaw what was the largest all-Italian wine list in North America. It was history in the making.

The 2002 publication of the guide was followed two years later by the authors’ “buying guide,” a wine lover/consumers’ appendix to the encyclopedic guide.

Here’s what Bastianich and Lynch had to say about Scarzello, a winery they recommend to buyers and call a “rising star”:

“A ‘traditional’ Barolo producer (wines are aged only in large casks and are styled to have firm tannic structure) whose wines nevertheless have a ‘modern’ sheen; that is, they are lean and angular, leathery and rosy, without being dirty or defective. The Scarzello take on Barolo is fine and fragrant; the wines have a Pinot Noir-ish feel but plenty of acid and tannin for long aging. Drink their luscious Langhe Nebbiolo while you wait.”