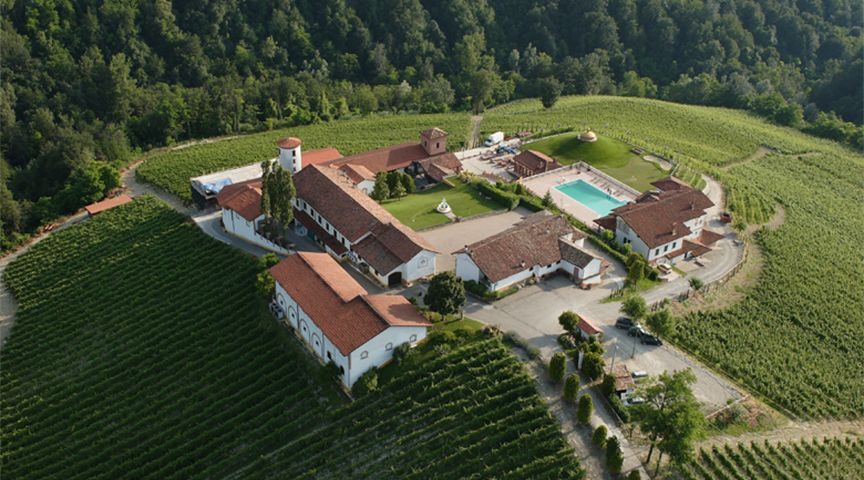 “There is an exoticism in the Big that is impossible to miss,” wrote leading Italian wine critic Antonio Galloni in 2014 when he reviewed the Rocche dei Manzoni 2010 Barolo Big ‘d Big (giving the wine 92 points).

His note on the “exoticism” in the wine really hits the nail on the head.

Perhaps more than any other estate in the Langhe Hills of Piedmont (Langa) — where some of the world’s greatest red wines are produced — Rocche dei Manzoni stands apart from the rest as an iconoclast of excellence.

In its youth in the late 70s and early 80s, the Monforte d’Alba estate produced traditional-style Nebbiolo from some of the township’s most famous and coveted vineyards.

But owner and former Michelin-starred restaurateur Valentino Migliorini quickly became one of Barolo’s pioneers and innovators as he began to experiment with barrique-aging (i.e., new small French casks as opposed to the traditional large-format botti), blends of traditional and international grape varieties, the planting of white grape varieties, and even classic method sparkling wine.

Today, such innovation seems commonplace. But the seemingly clairvoyant Migliorini was among the first to take such bold steps in an appellation literally steeped in tradition and conservatism. By the 1990s, many estates in Barolo and Barbaresco had followed Migliorini’s model and shifted toward “modernity” as it later came to be called. And by the 2000s, Migliorini’s Rocche dei Manzoni was already considered to be one of the greatest in the new wave of Barolo producers who took the United States by storm.

And that’s where the “exoticism” comes in. While the aromas and flavors of these wines are unmistakably “Langa” in their character, they also transcend their place of origin to occupy a distinctly unique place in the Pantheon of great red wine from Piedmont.

As the estate writes on its website (translation by Vignaioli), it is a “model estate that has always stood apart for the courageous and winning choices it has made. In 1976, we created the first blended wine in Langa. In 1978, we became the first to use barriques for vinificiation of our wines and in the same year we also start to make classic method [i.e. Champagne method] sparkling wines.”

Today, the wines are made by his son Rodolfo who continues in his father’s footsteps making modern-style but extremely balanced and elegant expressions of Barolo and Barbera as well as Chardonnay, Pinot Noir, Merlot, and Cabernet.

There is perhaps no better way to describe this entirely unique estate than “a classic of Langhe modernism.”