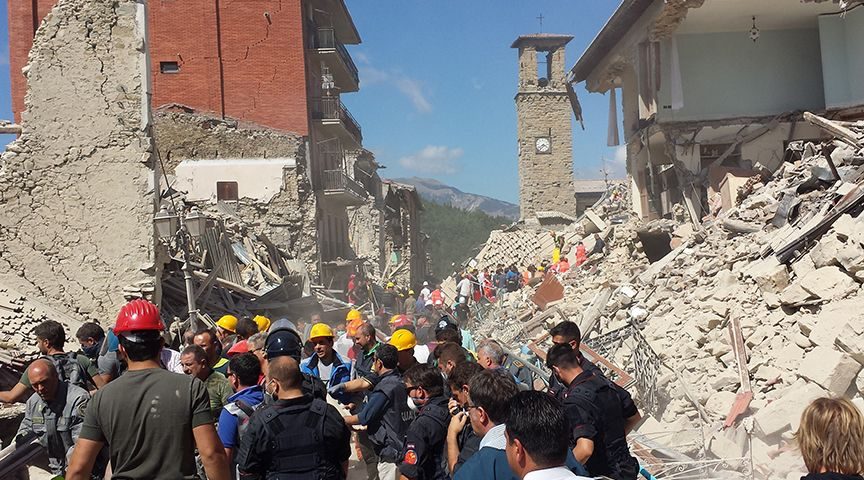 Ammado is the official micro-donation platform for the Italian Red Cross.

Here’s the link for donations to the Italian Red Cross and earthquake relief efforts. Donations can be made using a credit card and don’t require an Italian social security number (Italian micro-donation channels require one).

Here’s a link to information on what the International Federation of Red Cross and Red Crescent Societies is doing on the ground in central Italy to aid recovery.

According to a report published by the New York Times, the first seismic activity was followed by “about 40 quakes over the next three hours, including a 5.5-magnitude temblor at 4:33 a.m.”

The greatest damage appears to have occurred in Rieti province in Latium, where hilltop towns Amatrice and Accumoli were devastated. Arquata del Tronto in Ascoli-Piceno province (Marches) has also been hard hit.

According to a statement by the mayor of Amatrice, half of the town has been destroyed and the historic center has been completely wiped away (New York Times).

As of this posting, the earthquakes have claimed the lives of at least 241 persons.

The death toll is expected to rise. The 2009 earthquake that occurred in Abruzzo took the lives of more than 300 persons.

Across social media, Italian users have been checking in and posting dispatches and reports about relatives and friends in affected areas.

In a brief press conference yesterday in Rome, Prime Minister Matteo Renzi told reporters that “we will leave no one on their own – not one family, one town or one village” (ANSA English).

“The priority right now is to dig” people out of the rubble, he added.