Cherry and plum flavors are singed by mushroom, tamari and wet earth notes in this broad-shouldered, burly red. There is sweetness at the core, necessary to balance the dense, dusty tannins. Remains fresh and should develop well. Best from 2019 through 2033. 300 cases made.

In 1967, three historic producers of Brunello di Montalcino formed the Brunello growers consortium, one of the first associations of its kind in Italy.

By the 1970s, when the world had hardly taken note of Montalcino and the extraordinary wine it makes, only a handful of growers and bottlers were active in the appellation.

Today, there are more than 250 wineries that produce Brunello di Montalcino, many of them owned and run by families who have settled in the region from other parts of Italy and the world over the last 20 years.

The Bucci family, owner of the historic Collemattoni winery in Sant’Angelo in Colle, can trace its roots in the area back to the late 18th century, when the estate was already a working farm where wine and olive oil were produced.

In the 1980s, like many of the family and locally owned farms in the appellation, the winery first began to bottle its wines as Brunello di Montalcino.

While many estates followed the trend toward modernity in Brunello in the 1990s, the Bucci family has continued to make wine there as it has from the beginning: Classic-style and elegant Sangiovese, aged in large-format casks known as botti.

But the thing that perhaps sets the estate apart from the rest more than any other is the location of its top growing sites in Sant’Angelo in Colle in the southwestern section of the appellation heading toward the coast. The high elevation of the vineyards creates the ideal conditions for diurnal shifts (day-night temperature variations) during the last months of ripening. And a breeze from the coast helps to reduce unwanted humidity and rot.

The winery was certified organic in 2012.

Collemattoni 2010 Brunello di Montalcino Vigna Fontelontano Riserva 94 points Cherry and plum flavors are singed by mushroom, tamari and wet earth notes in this broad-shouldered, […]
Do you like it?0
Read more

Everyone in the high-end Italian wine trade knows the story of the couple who founded this highly regarded estate: Peter Weimer from Germany and Romy Gygax […]
Do you like it?0
Read more 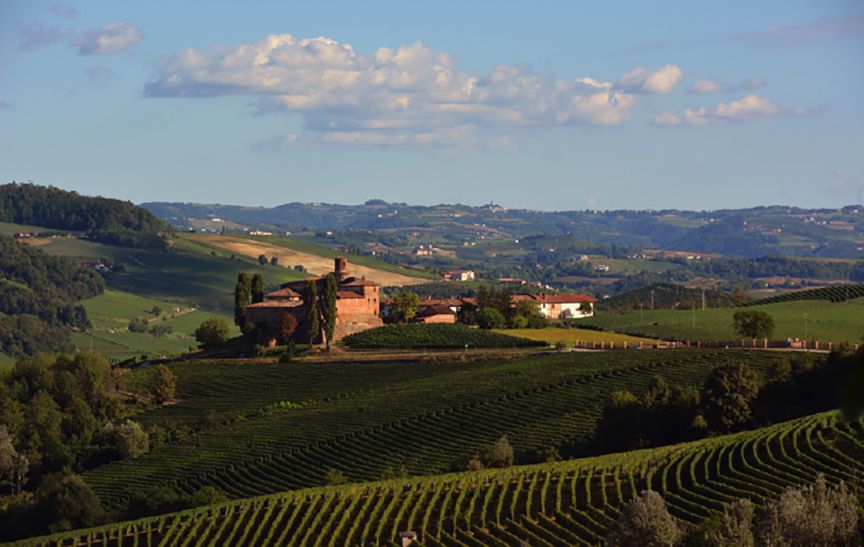